Power Hour (Sunday School) has a lectionary based programme for children aged 3 - 11 years.  We are switched on to a morning of exploration and discover, fun, feelings and creativity in a kids friendly way. Every term we set aside a session for a fun family event. Power Hour is lots of fun for children, helpers and parents. Power Hour runs from 9:30 - 10.45 am every Sunday during school terms.

Easter has come and we may be still eating chocolate Easter eggs. I think children eat the eggs faster than adults. Sadly now the special meaning behind eggs at Easter is missed and commercialisation smothers us. 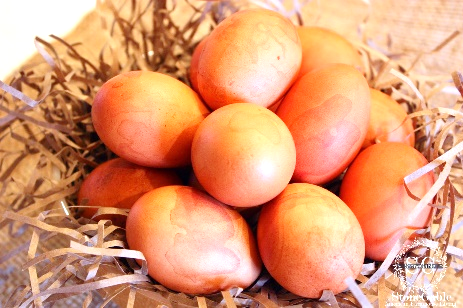 Intriguingly, eggs and Easter are a mix of many cultures, beliefs and customs. Examples include: •celebration of the pagan Spring-time goddess, Eostre, involving the Northern Hemisphere season of growth, sun and birth; •Various European springtime names of Eostur, Eastar, Ostara, Ostar, Ishtar; •And, in ancient Egypt, Persia, Phoenicians and Hindus believed the world began with an enormous egg. Further, the symbol of an egg often means new life and rebirth in many cultures. Enter then the new life force from Jesus, coupled with his crucifixion also happening at the Jewish Passover holiday in springtime. Even today Pasque, meaning Passover, is the name used for Easter in many places. “Buona Pasque” is the Italian for good/happy Easter. 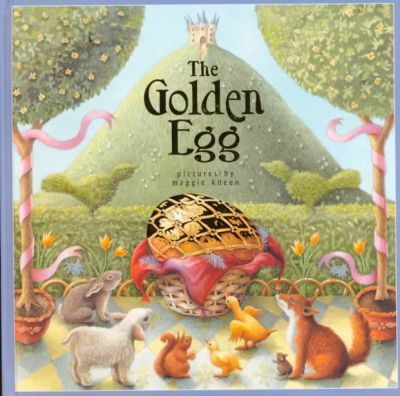 Recently our preschoolers in Wiggly Church had a really nice Easter story called “The Golden Egg”, by AJ Wood, which talked about a little duck hunting for a very special golden Easter egg. She searched high and low with the help of her forest friends, but nothing less than a gold-covered egg would do. Then duck’s friend Golden Goose made a startling revelation that her eggs were covered in many colours and not in gold; that the best part was the chocolate inside; and that her egg was the same inside as all the other coloured eggs. So the golden egg was not so desirable after all.

The message given was about the goodness and love inside us as a person is what counts, just as Jesus taught us (The God inside us). The children then beautifully collaged in a sparkly egg outline and took it home. Also, the children were surprised to receive a tulip bulb to plant, which was rather plain white and brown on the outside but held the promise of growing into a majestic pink bloom in Spring.

How did one boy help Jesus with his bread? 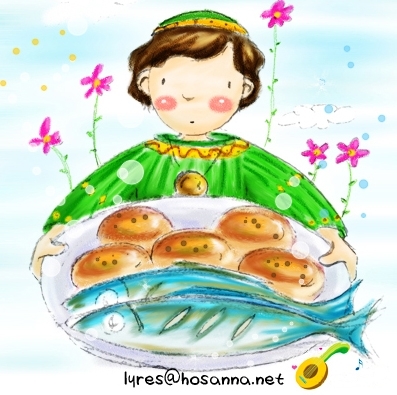 Sadly after Jesus learnt about the death of his mighty cousin John, who had baptized him, Jesus went across the Lake Galilee to be quiet. However a large crowd followed him around the lake so he and his disciples went up a hill and sat down together. After much healing of the people, Jesus became concerned about where could they find enough food to feed them. Andrew, his disciple said, “There’s a boy here who has five loaves of barley bread and two fish, but that is not enough for 5000 men plus women and children”. Jesus took the food and gave thanks to God and distributed the food to the people. There were 12 baskets of leftovers. Imagine one boy doing one small thing with a big heart. A massive ripple effect occurred!

Here’s a fact. There were 3 types of bread in Jesus’ day: small loaves (that would look like our biscuits); round loaves (about the size of basketballs); and flat loaves (large, bread-like pancakes). The boy’s loaves that he gave to Jesus (John 6:9) were made from barley, indicating he was probably poor. The poor usually ate a sardine-like fish with barley bread.

Then, why did Jesus, after returning from tramping over to the coastal towns of Tyre and Sidon, feed another large crowd of 4000, at yet another place on Lake Galilee? This time the crowd had followed him for three days where he healed the lame, the blind, the crippled and mute. Jesus felt so sorry for them because they had been with him for three days and didn’t want them to go away hungry. His disciples said, “We have seven loaves and a few small fish”. Again Jesus took the food and thanked God. Then he divided the food and gave it to his followers. The people were satisfied and there were seven baskets of leftovers (Matt 15: 32-39).

Jesus had been very dramatic in trying to show people again that he was doing what he sees His Father doing. He said, ”It is His Father who gives you real bread from heaven”. Then they asked Jesus, ”Give us this bread always”. Jesus told them, ”I am the bread of life. The one who eats this bread will live forever” (John 6).

Our Power Hour have been thoughtful about how Jesus had this power and authority and from where did it all come. Could Jesus have done what he did if he didn’t believe and follow in the power of One?

To end this term Power Hour also made some Jewish Bread or Challah and took it home to bake and share. 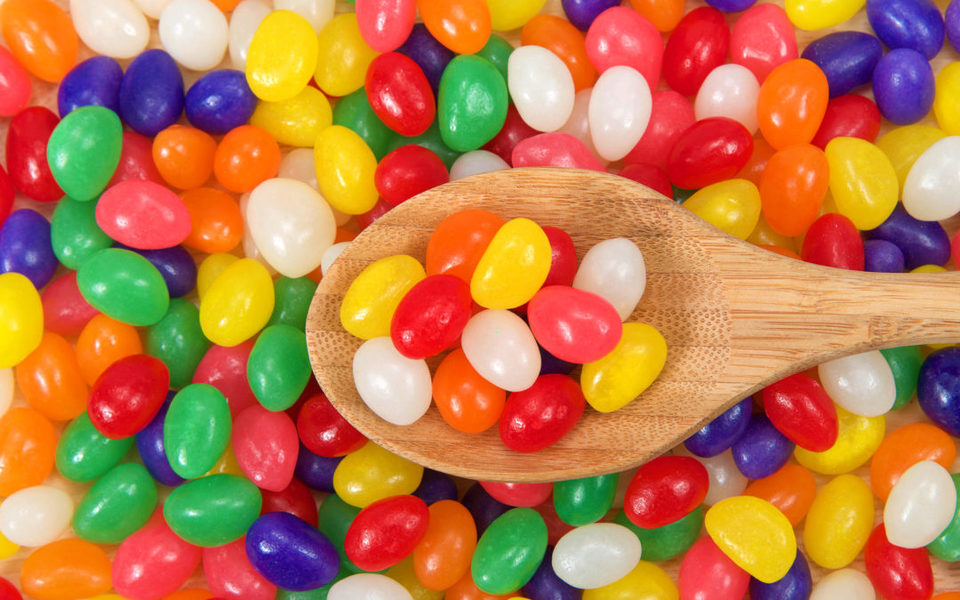 can be done throughout Lent. With a bag of jellybeans and an empty jar, each day a jellybean is earned and put in the jar. The colour of the earned daily jellybean matches the kind of caring activity which has been done: for example, Green is for the palm’s cool shade so Green Jellybeans are earned for good deeds. Purple is for His days of sorrow so Purple Jellybeans are earned by apologising to anyone we hurt with our words or deeds that day. Only on Easter Sunday are we able to enjoy the fruits of our “love reaching out.” However, we cannot earn White Jellybeans because these represent the Grace of Christ which is a gift not earned ourselves. This activity is well talked about throughout the year.
Did you know?? Easter in many parts of the world is the first Sunday after the first full moon after the 21st of March. Likewise Passover is at a similar time. However, not all Christian groups celebrate Easter on the same precise date.

A number of us at St Ronan’s have recently become involved with support programmes at Randwick School, Moera, Lower Hutt. Not to be outdone, our Power Hour kids have also been busy. They’ve been making “counting beads” for Randwick School. These are strings of 100, loosely-strung coloured beads (ten groups of ten beads each, in alternating colours). Counting beads are useful in the classroom to help kids visualise numbers - “Show me 18 beads.” “Now add 3 beads.” “And how many beads do you have now?”

The children thread their beads in the same room we use for our after-service tea/coffee. This encourages us to get involved as well. Many hands make light work. 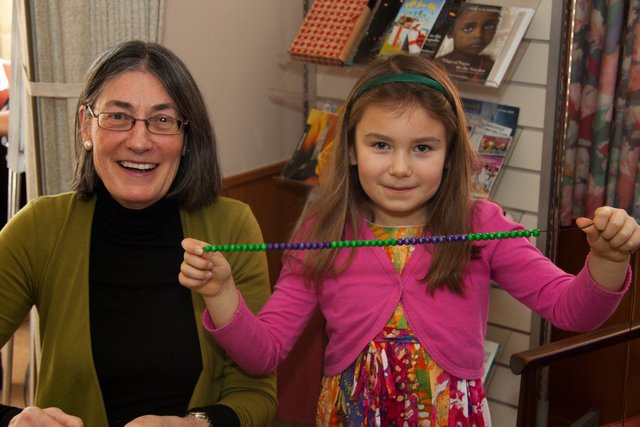 Thank you Susan, for the positive and encouraging way you run Power Hour, and also for linking our young people into the wider church community. You have given them a strong sense of achievement in empowering them to do stuff for others. A few months back it was nine ‘bio-sand’ water filters for poor villages in Africa and SE Asia, now it’s counting beads for a local school…!

For some time we have been talking about what we would do as a mission project this year and finally decided on doing something for families and their children overseas. With the Kids Friendly Review team’s help, we were able to identify the very worthy partnering with Samaritan’s Purse to provide clean healthy water for a family using a BioSand water filter. This project is called Turn on the Tap.

To set us on the right track, we were introduced to the story about Jack and Jill who did not have water and had to go a long way to get any. We examined bottles of clean tap water and dirty unclean water. We could feel a real new purpose in our weekly offering giving when we passed our St Ronan’s offering collection boat around and as we prayed in thanks for being “Champions for God”.

Then on 19 th August we welcomed Ed Masters, our Intern Minister, and Michelle Bolger, our photographer, to Power Hour to join with us in constructing a model BioSand water filter and learn what we would do at Ed’s special All Age Worship service on the 26 th August.

We are very proud of how competently and confidently both Leo and Sophia were able to light the Christ Candle, and share a prayer and Biblical reading at that service with its theme of Water. We are thrilled at the wonderful response by our congregation to our call to Turn on the Tap . Coupled with the children’s offerings, we are close to providing three BioSand water filters! Requests have been made to carry on in future weeks to continue to “fill a bottle” and Turn on the Tap .

We know we are living our faith and making a difference to others. Coming together to share in the growing of our faith is a living out of our spirit and memorable. Truly we can thank God for this goodness.